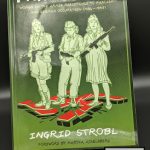 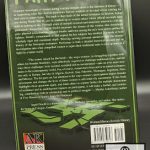 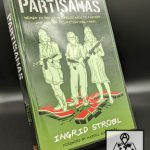 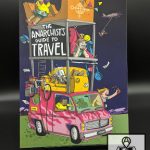 The Anarchist’s Guide to Travel: A manual for Future Hitchhikers, Hobos, and Other Misfit Wanderers 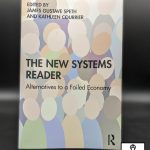 The New Systems Reader: Alternatives to a Failed Economy
0 out of 5
( There are no reviews yet. )

Common stereotypes of women during wartime relegate them to the sidelines of history—to supporting roles like dutiful munitions factory workers or devoted wives waiting for their men to return home. The truth is that much of the armed resistance to fascism, before and during World War II, can be chalked up to women about whom official accounts have little or nothing to say. Through years of intrepid research and numerous interviews with the participants themselves, Ingrid Strobl excavates the history of the women who shouldered guns, planned assassinations, planted bombs, and were among the era’s most active antifascist fighters. Strobl’s commitment to and respect for her subjects has resulted in a work of both scholarly rigor and emotional depth. Weaving moving personal narratives into the broader history of the European resistance, Partisanas is both a detailed historical account and an investigation into what compelled women to reject their traditional roles to take up arms in a fight for a better world.This first English-language edition was translated by Paul Sharkey.

“The issues raised by the book—the ways women, in struggling together with others for broader freedoms, were effectively required to challenge traditional roles, and the ways those challenges were resisted, accepted and or incorporated—take on ever more resonance in the contemporary world. For, of course, women have been active in armed resistance, not only in Europe, but also in Algeria, Kuwait, Iraq, Palestine, Nicaragua, Argentina, Peru, and Mexico. The list goes on, but attention to the ways women’s participation shapes broader movements and changes the lives of those women is still relatively uncommon. If this book highlights those questions again, and leads others to explore further the multiple dimensions of resistance and its multilayered impacts on participants, it will make a further, and continuing, contribution both to scholarship and to political struggle.”—Martha Ackelsberg (author of Free Women of Spain), from the Foreword